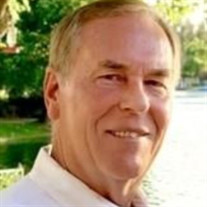 Fresno County Superior Court Judge Gary Hoff passed away peacefully at home on March 7, 2022, at the age of 73 following a brief but courageous battle against cancer. Gary was born on October 20, 1948, and was raised in Van Nuys, California. He attended Notre Dame High School in Sherman Oaks then Cal State Northridge. During his college summers he worked at Gold Arrow Camp at Huntington Lake where he made many life-long friendships. After graduation from law school he passed the bar and went to work for the Fresno County District Attorney. After a few years of handling the more mundane cases, he was assigned to criminal trials where he handled many high profile homicide cases and successfully prosecuted the first spousal rape jury trial in Fresno County. At the same time he became a mentor to many young prosecutors teaching them how to develop and present their cases ethically and professionally. In spite of his demanding workload, he always made time to visit his friends at Gold Arrow during the summer. It was during one of those visits in 1978 that he met Meg Geary who quickly became the love of his life. Just over a year later they were married and made their home in Fresno where they raised their two children, Kyle and Maureen. In 1994, Gary was appointed to the Superior Court bench by then-Governor Pete Wilson. Once again, he quickly gravitated to the most high-profile, complex criminal trials involving the most violent crimes: robberies, child sexual assault, rapes and gang-related crimes. On three occasions, his peers elected him to be the court's Presiding Judge resulting in him serving six one-year terms, the most in the county's history. But the highlight of his judicial career was starting a "youth court" in which students held their peers accountable for minor offenses. Gary believed early intervention would help young offenders before they turned to more serious crime. There are now youth courts at high schools throughout Fresno County with a variety of judges volunteering to preside over those hearings. In October 2021, Gary learned he had terminal cancer. So after 28 years on the bench, he decided to advance his retirement plans and concentrate on the immediate priorities of health, family and faith. In his parting email to his court family, Gary quoted his favorite song writer Bob Dylan who wrote: We will meet another day, another time; It's not the leaving that's grieving me, but my friends who are bound to stay behind. Unfortunately, the treatments were unsuccessful and the cancer quickly consumed him. Gary was predeceased by his wife Meg and brother Paul. He is survived by his son Kyle Hoff (Amanda) and his daughter Maureen Boese (Rob); his grandchildren Berkley, Wesley and Ginger; his sister, Judy Hoff-Koenig (Dan); his brother Kurt Hoff (Elaine); his sisters-in-law Kathryn Hoff and Dana Geary; and numerous nieces and nephews. The family would like to thank the wonderful people at Everlight Care and Bristol Hospice for their tireless compassionate care. A memorial mass will be held at 11 AM on March 17, 2022, at St. Anthony of Padua Catholic Church, 5770 N. Maroa Ave, Fresno. In lieu of flowers and gifts, a donation may be made in Gary's memory to CASA of Fresno and Madera Counties (casafresnomadera.org) an organization representing abused and neglected children placed in foster care in our community.

Fresno County Superior Court Judge Gary Hoff passed away peacefully at home on March 7, 2022, at the age of 73 following a brief but courageous battle against cancer. Gary was born on October 20, 1948, and was raised in Van Nuys, California.... View Obituary & Service Information

The family of Honorable Gary D. Hoff created this Life Tributes page to make it easy to share your memories.

Send flowers to the Hoff family.