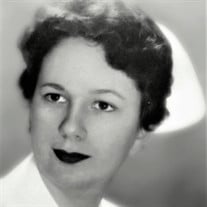 At age 85, Mercedes passed suddenly and peacefully to join the heavenly angels. Born of Polish immigrants, the daughter of Frank and Agnes, she was raised in the small coal mining town of Dureya, PA. After graduating from her Catholic High School, never fearing an adventure, she moved to Brooklyn and graduated from the Kings C9ountry Nursing School in 1959. After working at the VA Hospital in NYC for a year, she moved to San Francisco, and continued her nursing at the VA Hospital in Menlo Park. Later working at St. Mary’s hospital, she met, fell in love and later eloped with the man of her dreams, Bill Bruce. Together they started a family with son Bill and daughter Rachel in the heart of Haight Ashbury. After time in the city, they felt it was time to move to Fresno and join other family members in 1966. Mercedes relished the time raising her children but decided to return to nursing at Fresno Community in the NICU where she retired after 25 years. Retirement provided time to enjoy activities such as bowling, ballroom dancing, volunteering and being able to spend many hours working with her friends at the Cancer Society Discovery Shop. Relaxing to Mercedes meant reading cookbooks, playing Sudoku, reading more cookbooks and occasionally cooking. Married 59 years, Bill and Mercedes built a wide circle of friends, traveled, but more importantly enjoyed spending time together and with their family. Almost eleven years ago, Mercedes was diagnosed with throat cancer. Although it took her voice box, she continued to speak with her battery operated “Larry” (substitute for her larynx). Mercedes never lost her sense of humor and we all knew when she was laughing which she did by demonstratively slapping her knee. She found comfort in her strong Catholic faith. Mercedes was preceded in death by her parents, and her siblings Cecilia, Frank and Joe. She is survived by her husband Bill, their children Bill (Roberta), Rachel (David) and grandchildren Laurel, Carlie, Sony and Mackey as well as her Great Granddaughter, Elise and numerous loving nephews, nieces, cousins, and friends. A private graveside service will be held for the immediate family, and a memorial mass will be held at St. Anthony of Padua in Fresno at a later date. In lieu of flowers, we ask that donations be made in her name to the American Cancer Discovery Shop in Fresno, CA.

At age 85, Mercedes passed suddenly and peacefully to join the heavenly angels. Born of Polish immigrants, the daughter of Frank and Agnes, she was raised in the small coal mining town of Dureya, PA. After graduating from her Catholic High School,... View Obituary & Service Information

At age 85, Mercedes passed suddenly and peacefully to join the...

Send flowers to the Bruce family.