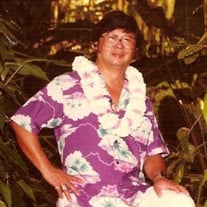 Richard Wing Chow was born to Norman and Alice Chow on January 7, 1935 in Chico, California. He passed away peacefully at his home in Mexico on January 22, 2021. He was predeceased by his parents, Norman and Alice Chow, older brother Hiram Chow, and his first wife, Elfreide Chow. He is survived by his wife Denise Fiske Chow, daughter Karin Chow Robinson (Brent), stepchildren Amy Hampton (Karl), Wendy Campbell (Troy), and Lance Philpott, and younger sister Fran Tuck, grandsons David Robinson (Danielle), Mitchell (Leann) and great-grandchildren Judah, Emi and Eli. Richard was a devoted husband to his wife Denise Fiske Chow, friend, dad, stepdad, grandpa, and great grandpa. Regardless of the title, he was one of a kind. He was an animal-lover at heart, a professional magician, talented musician on multiple instruments, competent in five languages, a handyman, a veteran, a great cook, an awesome travel tour guide. Richard had a dream where he and Denise (wife) opened a takeout Chinese restaurant, he gave cooking classes—a true “Jack-of-all-trades.” Most of all he was kind and sincere. Time is the greatest resource a person has, and Richard gave it generously to his family, friends, and community. Whether he was playing, traveling, holding/hugging, swimming, gift-giving, hat-wearing, or even making tribute videos for his wife, children, and grandchildren, he simply wanted to be with and do for those he knew and loved. Richard had a warm and loving heart, silly sense of humor, and incredible willingness to be in the moment with whomever wanted to get close. In what became known as the "Crab Club," Richard and his grandsons would indulge in a yearly all-you-can-eat crab buffet. He always looked forward to this time with his grandsons, and the club goes on in his name! He is deeply missed by his family and many friends, as well as his many dogs and cats.

The family of Richard W. Chow created this Life Tributes page to make it easy to share your memories.

Richard Wing Chow was born to Norman and Alice Chow on January...

Send flowers to the Chow family.