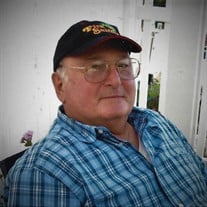 Robert F. Markarian Robert Ferdinand Markarian, age 84, passed away on January 22, 2021 in Fresno, California of complications from congestive heart and respiratory failure. He was a loving husband, father, stepfather, grandfather, great grandfather, brother, uncle and friend who will be dearly missed. Robert was born on July 25, 1936 in Fresno, California to Ferdinand and Jean Markarian. He was the oldest of three children. He was from a large extended family who owned Sunmaid Furniture, where he worked in high school. He was close to his sister Myrna and brother Jimmy. Bobby, as his family called him, went to Fresno High School and after graduation, served in the US Navy from November of 1954-1962. Robert had several jobs before he found his passion of sales at Julliard Alpha Liquor Company where he met and fell in love with Patty, his wife of over fifty years. He had an unfailing work ethic and won many salesmanship awards. Robert was highly regarded in the industry. He finished his career with Southern Wine and Spirits where he continued to provide unmatchable customer service. Robert enjoyed traveling, loving trips to the coast and the mountains with Patty. Some of his sales awards were trips to places such as Canada, Hawaii, and Mexico. He had a passion for fishing and was elated to have his own boat and spend time on the water at San Luis, Shaver, Pine Flat, and Mono Lakes with friends and family. When he was healthy, he was an avid hunter and enjoyed trips to hunt with his son Fred. He belonged to several fishing and hunting clubs and enjoyed the friendships he made. Robert was passionate about his politics and liked to debate his beliefs. He liked having family visit and was always a great host. Robert was preceded in death by his parents, his beloved wife Patty and a grandson. He is survived by his loving children Fred Markarian and wife Karen, daughter Penny Markarian, stepchildren David “Corky” Jones, Jamie Riley and husband Russell, Robin Jones, Neil Jones and wife Cheri. His memory will be treasured by his eleven grandchildren including Nicole Markarian and Julian Markarian and twenty great grandchildren. He will be remembered warmly by many additional family members and friends. Services will be held at Chapel of the Light on Wednesday, April 14, 2021 at 11:30 AM. A luncheon will follow at the home of Jamie and Russ Riley.

The family of Robert F. Markarian created this Life Tributes page to make it easy to share your memories.

Send flowers to the Markarian family.