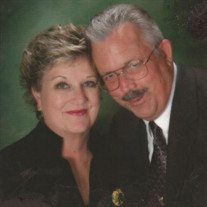 Ruth Danielsen was born on February 13, 1947, in Del Norte, Colorado, to Richard and Alice Bloss. She was the third of five siblings, four of whom preceded her in death. She was with her husband and daughter when she passed away at Kaiser Hospital on June 19th. Ruthie, as she was known to her friends, grew up in Del Norte and graduated from Del Norte High School. She went on to attend several different colleges and ultimately graduated from Adams State College in Alamosa, Colorado. Ruth met her future husband Richard Danielsen while he was serving in the U.S. Air Force and they were married on September 4, 1971. They had one daughter Claire. Ruth’s husband had a career in the National Park Service and they spent a short time in St. Louis, Missouri, and then moved to the San Francisco Bay Area as her husband was first assigned to Muir Woods National Monument and then to Golden Gate National Recreation Area where he spent the majority of his career. They lived in Marin County at Stinson Beach where Ruth held a number of volunteer positions that benefited the community and she also served as Secretary/Office Manager for the Stinson Beach Fire Protection District. Ruth returned to school when she no longer needed to be home for her young daughter and was able to attain her lifelong desire to become a paralegal. She then worked for several different law firms in San Francisco. After Richard’s retirement from the Park Service, they moved to Selma, California, and then to Clovis. In retirement, Ruth and her husband enjoyed fishing and traveling. Her favorite mode of travel was cruising and they enjoyed many cruises to various parts of the world. She also loved to visit Bend, Oregon, where her daughter, daughter’s husband, and two grandchildren live. Another of Ruth’s favorite activities involved her various adventures with the Central Valley Corvette Club. She and her husband participated in many travel adventures with the club and Ruth served in several capacities as a club officer. Ruth is survived by her husband of 49 years Richard Danielsen, their daughter Claire Liew and her husband Chet Liew, a granddaughter Evelyn Liew, a grandson Alden Liew, a brother Jim Bloss, and numerous nieces and nephews. A celebration of life will be held at Chapel of the Light Funeral Home on Saturday, June 19, 2021 at 2:00 p.m.

Ruth Danielsen was born on February 13, 1947, in Del Norte, Colorado, to Richard and Alice Bloss. She was the third of five siblings, four of whom preceded her in death. She was with her husband and daughter when she passed away at Kaiser Hospital... View Obituary & Service Information

The family of Ruth Elizabeth Danielsen created this Life Tributes page to make it easy to share your memories.

Send flowers to the Danielsen family.